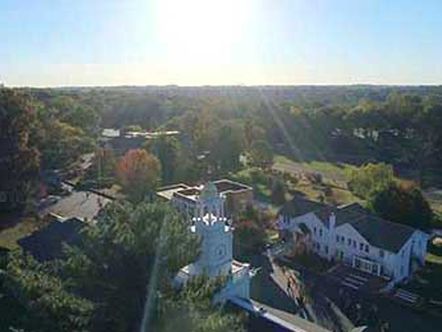 The Academy was founded in 1928 by Lieutenant General Baker. Located in Wayne, Pennsylvania, on 100 acres of land and located 15 miles west of Philadelphia.

Small classes help teachers really understand students. Education is aimed not only at academic performance, but also at the development of each individual. The task of the school is to let out not boys but real men from its walls. Education at the school is built on a military type, but to grow future military personnel from your students is not the main goal of this educational institution. The main goal is the development of leadership skills. According to statistics, every third Valley Forge graduate opens his own business.

Indeed, some graduates of the school successfully continue their studies at the Military Academies, but most students after graduating from Valley Forge become students of prestigious American and European universities.

The school has nine tennis courts, two swimming pools, a gym, fields for playing sports, a riding arena, as well as a library filled with various collections. Also, on the territory of the academy there is a fitness centre, built in 2000 and equipped with the latest technology, which has everything necessary for intensive weightlifting or fitness.

The highest level of academic achievement is ensured thanks to the existence of a special training program: all students are divided into three groups: High School (7th and 8th grades), Buff & Blue Experience (9th and 10th grades) and preparatory (for university) period (11th and 12th grades) . The training program of each group is made considering the characteristics of the psychological, intellectual and physical development of the cadets.

In grades 9 and 10, students are engaged in research activities, as well as preparing for the SAT exam. At this stage, students study subjects in more depth, and also choose interesting subjects for themselves from among non-mandatory disciplines.

At the final stage of training, the students of the academy are concentrated on preparing for entering the university. Under the clear guidance of advisers, students draw up an individual learning plan, the implementation of which maximizes the students' chances of successful admission.

Accommodation in a school hostel, 2 people per room.

Sport plays a huge role in school life. When enrolled in Valley Forge, all students take a six-week training course that will help beginners adapt to the realities of the school.

The Academy boasts outstanding traditions in the field of sports, including the holding of domestic championships in several sports.

IMPRESSIONS OF A SCHOOL VISIT 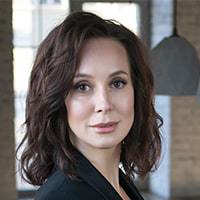 On the way to Valley Forge Military Academy, I was overcome with thoughts that a terrible picture of boys exhausted by army education and excessive academic work would come to my eyes ... All fears were dispelled when we were met by a train of five slender, fit young men in cadets’ uniforms who immediately saluted us, addressing each of us with a greeting: “Welcome, Mam!”.

Among the young military was our compatriot by the name of Stanislav, whom a couple of years ago his parents sent to the remote "American taiga" with a categorical desire to make a 14-year-old teenager a real man. Stanislav with pleasure told us about his not so simple fate of being in the American military academy, BUT! in his intonation not once slipped the notes of a teenager complaining about his fate, who was envious of his classmates who remained in Vladivostok and tasted all the joys of life of a modern Russian teenager. And, you know, this fact already made me think that the transformation had successfully “started”.

A 16-year-old guy with deep meaningfulness told us that in the first few weeks after the start of training, the boys undergo the so-called “trial period”, during which the guys are given tasks that at first glance seem absurd, but this is done to teach students unconditional obedience to rules and discipline.

In addition to combat training and sports, which are given great attention at school, the children are instilled with a sense of responsibility and concern for their neighbours, and they instil leadership qualities. For example, each semester, guys of a higher rank (yes, the school has the opportunity to earn a rank, as a result of which to get privileges, such as an unscheduled trip to the cinema or a walk in the city) are appointed leaders of a certain sports project, train their younger comrades, and then report to teachers about the successes and achievements of their team.

“The picture” that I saw in the school’s residence deserves special praise: I observed such an ideal order except in the Swiss boarding school for kids, where impeccable cleanliness is the patrimony of people who monitor the residence and receive money for it. Each item was assigned its own place on the shelf and, it seemed, nothing violated the overall impression of accuracy and cleanliness, elevated to the rank of the obligatory attributes of a young “officer”.

The list of universities that graduates enrol in - Cambridge University, Columbia University, George Washington University, Harvard University, University of Notre Dame - indicates the level of academic preparation of students at the school.

All teachers of the school have a military degree, which in turn does not prevent them from loving the boys, sharing their knowledge with them and educating them in severity, while giving them their warmth and kindness. 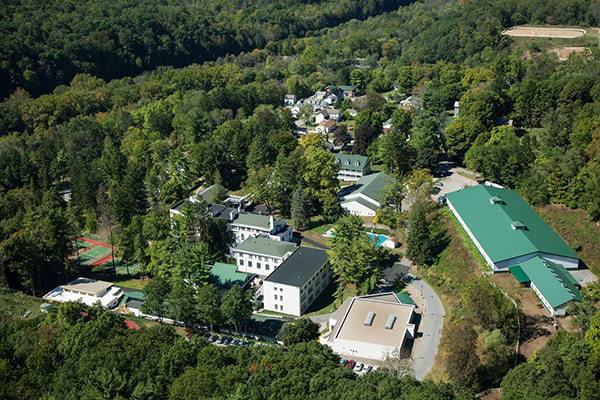 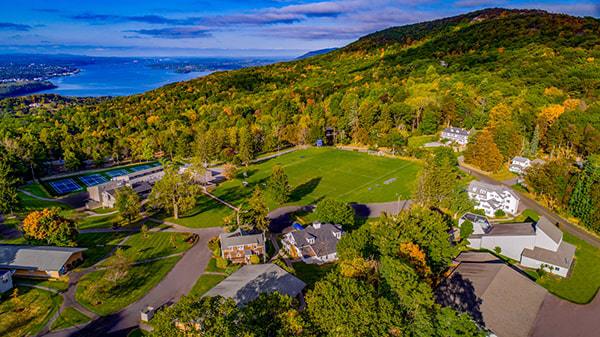