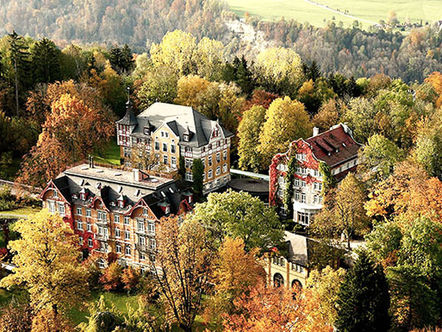 Institut auf dem Rosenberg is located in St. Gallen, in the German-speaking part of Switzerland. The history of the city dates back to 1612, when the Irish monk Gallus founded a monastery, which in the Middle Ages became an important cultural, scientific and creative centre. Today, the monastery library constantly attracts visitors who come to take a look at the updated collection of unique books and even a real mummy.

Since its founding in 1889, Institut auf dem Rosenberg has educated students in a multicultural and multilingual environment. It is located between Lake Constance and Alpstein (section of the Alps), which allows you to conduct a huge number of sporting events for children and youth. Clean air, temperate climate and healthy natural conditions - what could be better for students?

Students from all over the world study at the institute. During its existence, the school has gained a high international reputation. After the First World War and the death of the founder, Dr. Schmidt, in 1924, the institute faces a number of difficulties that were solved by transforming the school into an educational foundation in 1930. Thus, "Institut Dr. Schmidt" became Institut auf dem Rosenberg, and since then the name Gademann has become inextricably linked with it (this is the name of the current president of the school). Thus, the "Dr. Schmidt Institute" became Institut auf dem Rosenberg.

After World War II, the further development of Institut auf dem Rosenberg continues. In the early fifties, the school began to offer a number of national exams and began to prepare students for German, Swiss, Italian and Anglo-American qualifications and certificates.

The school is 80 km away. from Zurich airport and only 10 km. from Alterheyn airport. This is the most beautiful school in terms of territory and interior decoration in Switzerland. It resembles a high-class hotel. The biology cabinet, for example, is made in the form of a glass greenhouse, standing as if in the middle of a lake from which fountains beat. In case of arrival during the rain, all visitors are given romantic pink umbrellas, and pink Rolls-Royce can send you to the airport for you.

The school’s facilities include sports fields, tennis courts, facilities for art classes, laboratories, an IT centre, linguistic classrooms - in short, absolutely everything you need for a successful education.

The Rosenberg Institute has impressive academic performance and offers the following school programs:

UK program with GCSE and Grade A exams

A 2-year program at a Swiss boarding school consists of 3-5 subjects. The British system is internationally recognized and provides access to prestigious universities around the world, including the United States.

In addition to the three A Levels, students will usually need to choose two other subjects to pass the IGCSE in order to be accepted for university studies. However, university requirements vary widely.

If necessary, IGCSE courses are also organized for students in grades 11.

Students often choose an additional subject in their native language to take the A level exam. Our Swiss private boarding school also prepares students for the IELTS exam.

Students continue to study three or four subjects at the A2 level and at the end of the school year pass the second group of exams, the so-called “A2” exams. The final grade for the A Level exam is the cumulative result of the grades obtained at the AS and A2 exams at Institut auf dem Rosenberg.

Like the British system, an American high school diploma prepares students for further studies at the university. The American system is internationally recognized and provides the opportunity to enter prestigious universities around the world, including the UK.

The Swiss international school Institut auf dem Rosenberg provides excellent preparation for students to enter the university. Anyone who chooses this type of program for college must provide the so-called Transcript, which reflects all courses attended and grades for grades 9-12. The results achieved can also be transferred from previous schools, i.e. in case of a change of school, the student’s points do not disappear.

In addition to the standard and advanced curriculum, students with appropriate training can take special courses in the AP program.

During studies in grades 11 and 12, students choose those “AR” subjects in which they are especially strong, such as foreign languages, social sciences, natural sciences or mathematics, and at the end of the school year they pass the corresponding “AR” exams in these subjects. The program of such a course is very extensive and in terms of complexity corresponds to studying in the first year of college.

In addition to the aforementioned subjects, students of the Swiss international school of grade 11 take courses in preparation for the SAT exams, and students of grade 12 for IELTS exams.

Institut auf dem Rosenberg accepts students who have already completed school education for a one-year curriculum. An in-depth study program based on selected subjects is individually developed for them, aimed at preparing students in the best way for further admission to the university. Successful completion of a one-year training ends with the receipt of the Certificate of Graduate "Institut auf dem Rosenberg" (Rosenberg Post-Graduate Certificate).

Education in a gymnasium in Switzerland begins after graduating from the 8th grade of a high school, lasts 4 years and ends with passing a state exam for a matriculation certificate. The pedagogical knowledge that the Swiss education system sets itself is the transfer of fundamental knowledge in the subjects of the school curriculum and additional disciplines, as well as the education of a person capable of independent thinking and judgment.

The Swiss matriculation certificate makes it possible to enter all Swiss universities, technical and other universities.

The school prepares students to pass the officially recognized Abitur - "Deutsches Abitur", which provides a high school diploma. German Abitur is an international matriculation certificate that confirms the unlimited possibility of studying at universities.

In addition to the main program of German Enrolment, students can attend additional courses (for example, economics) and take additional certificates at a Swiss boarding school, such as IELTS, SAT, ACT or FCE.

Pupils and students who have successfully passed the state exam for the Italian ESAME DI STATO matriculation certificate may also apply to universities in Switzerland.

An intensive German course can be attended during one or several trimesters. The weekly load is 20-30 lessons and contains classes in grammar, speaking and writing. The goal of this course is to study the German language and obtain a language certificate, as well as integration into the German-language school curriculum.

As a rule, after several weeks of attending an intensive course, a gradual transition to the English section is possible (special course "English as a second language"). The purpose of the intensive course is to obtain a Cambridge language diploma and integrate into the English-language school curriculum.

The houses where the students live were originally villas and are located in a residential area surrounded by greenery. Pupils live in separate houses according to gender and age. The campus is located in a very green, exclusive residential area in the halo of hundreds of roses blooming all summer. The school territory covers more than 100,000 sqm In the residence, students are surrounded by care and attention. Parents are often surprised at how quickly self-confidence develops in their children. Of course, from time to time you can see a teacher sitting by the bed and holding a crying child by the handle, however, step by step, children cease to need constant individual attention and develop independence.

In this school, special emphasis is placed on living: here it is believed that the children of successful parents should live away from the family in the same wonderful conditions as at home. Here they believe that children should be surrounded by beauty and even the luxury in which they are going to live in their adult life. Accustom children to a luxurious lifestyle. Therefore, in the corridors of the residences there are expensive marble floors, carpet paths on stairs, paintings in gilded frames, carved wood doors ... The president of the school, Mr. Gademan, by his own admission, works for the “rich and beautiful”. He also believes that living conditions should be very individual, and strongly opposes the "army system", "egalitarianism." Therefore, Rosenberg offers children of any age single rooms for an additional fee, which is possible in other schools only for the oldest students.

Of course, it is in Rosenberg that the most delicious food is.

Well-balanced leisure and a range of sporting events allow children to develop comprehensively.

Alpine skiing, snowboarding, ice skating in winter, tennis and water skiing in summer, as well as football, basketball, mountain biking, rock climbing, golf, swimming, dancing, fencing - and this is not a complete range of activities offered to children.

Sporting events are complemented by cultural trips to Zurich, Geneva, Lucerne, Milan, Munich and Innsbruck, as well as visits to museums, galleries, theatres and opera houses, as well as local cultural events.

During the school year, the school hosts various cultural events. The annual Rosenberg Ball is, without a doubt, the central event of the whole year. At this time, guests from all over the world come together to once again enjoy the grandiose performance that our students and pupils prepared in intensive training and rehearsals; the training is led by specialists in the genre of stage production.

On afternoons on Wednesdays and Saturdays, as well as on Sunday, standard leisure programs are held. They are designed for different age groups and include activities such as:

Student supervision during the first month of training is provided as a gift: assistance in resolving issues related to resettlement, billing, informing parents about the child’s health status, assistance with understanding of academic programs, organization of ext. classes for the child in a particular subject, assistance in choosing the program most suitable for the child, transfer to another class etc. 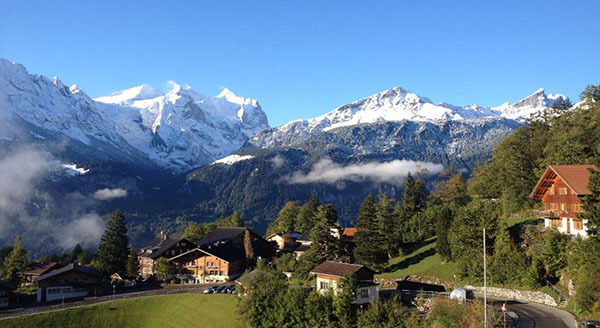 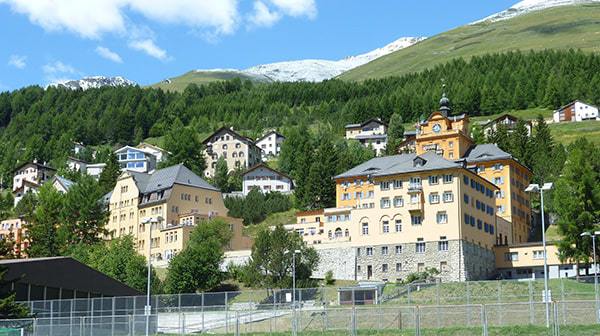 Welcome
Why choose us
Publications about us
Clients' feedback