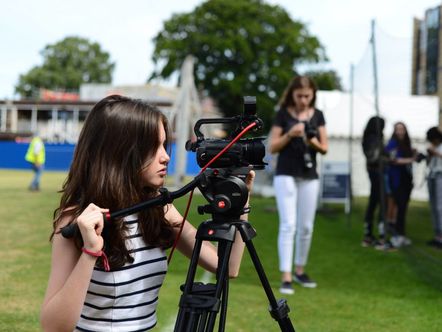 Film Academy is a two-week film course that studies the entire production process: from the original idea to the final film. Children learn how to plan a shoot, look for a place, make a storyboard, write a script, and then shoot and edit a short feature or documentary.

The course teaches the specific skills necessary to be a director, producer, cameraman or editor. Pupils also have the opportunity to work with actors and industry professionals, which allows them to get a first-hand view of the world of film production. The guys will try themselves in different roles on the set and better learn about various aspects of the film production process.

At the end of the course, students:

Oxford is a city that combines strikingly beautiful architecture with a bustling modern centre with superb shops, restaurants and cafes. The city is steeped in history and saturated with academic spirit, because there are many colleges at Oxford University, some of them are almost 800 years old!

Pupils of the Oxford Royale summer courses have a unique opportunity to live and study in this amazing city, explore all its famous sights and unravel its secrets. Thanks to superbly organized trips and a rich evening program of activities, students will get to know all the best that Oxford has to offer.

Children stroll along the cobbled streets, admire the spiers and stone buildings, walk in the footsteps of the most influential figures in history, including prime ministers, presidents, scientists, Nobel laureates and writers.

The program is as applied as possible. The 2-week course includes 40 hours of lectures and seminars. From the first day, children learn to use professional digital video cameras. The teachers of the course are recognized industry professionals with a great passion for making films.

During this intensive course, students will spend their morning attending film theory classes. In the afternoon, they will take to the streets of the city under the guidance of teachers to make their own film.

The work takes place in small groups (6 people each) using the latest HD video cameras, professional microphones and lighting equipment. After the film is shot, the guys learn to mount it on an Apple Mac in the latest versions of the professional program Final Cut Pro.

Children will present their work to classmates at the end of the program.

Students live on the campuses of Oxford University: Jowett Walk and St Peter's College (13-15 years); Balliol College, Imperial College and Jowett Walk (16-18 years old), in single and double rooms. Bathrooms are typically shared by students of the same gender, although private baths are available in some cases. Accommodation is standard accommodation for university students, so course participants will be able to feel the life of a real Oxford student.

In the evenings, a special team organizes entertainment events: quizzes, watching movies, karaoke and talent shows! During the course, 2 large theme parties take place: one in the middle of the course, the second is a grand graduation evening. Examples of party themes: Narnia, Alice in Wonderland, James Bond, circus and many others.

SAMPLE SCHEDULE OF THE DAY

The Oxford Royale Academy (Royal Academy of Oxford) is a market leader in high-quality summer programs at Oxford. And these are not just words: many awards received by the Academy confirm the commitment to high standards of education, service and safety.

WHAT MAKES US DIFFERENT FROM OTHER COMPANIES