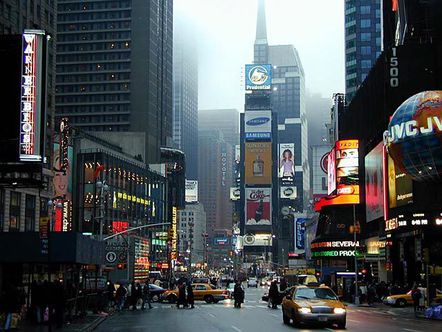 New York Film Academy (New York Academy of Motion Picture Arts) was founded in 1992 and accepts for training all who have an interest in the film, theatre, musical and 3D animation industries. Campuses are located in New York, Los Angeles, Boston, Florida, as well as in France, Italy and Australia.

The New York Academy of Motion Picture Arts is an exceptional educational institution providing comprehensive training in film production, acting and 3D animation. Pupils receive high-quality practical experience, acting as a screenwriter, director, producer and editor of their own film. They also help other team members in the role of operator and operator assistant, which gives them the opportunity to gain comprehensive experience on the set.

Today, the New York Film Academy is considered one of the world's most prominent educational institutions in the field of film production.

New York is an exciting place to learn cinema. The city is known for its bright night lights, a variety of cultures and lifestyle of its inhabitants. Here you can hear all the languages, choose a restaurant in the world of any cuisine in the evening, meet diplomats, world famous designers and musicians. It is a city of contrasts and surprises.

It is in this setting that students make their first films. Throughout the history of the New York Film Academy, students shot in every district of the city, using it as a backdrop to translate their ideas. At the same time, they always have the necessary equipment at hand, and teachers are ready to coordinate work and give useful advice.

Summer courses offer young people a truly unique opportunity to try themselves in the film industry, to learn practical skills from real masters.

The Academy is located in Manhattan in the Financial District, where skyscrapers and financial institutions are concentrated, just a few blocks from Wall Street and the New York Stock Exchange. At the school, students have at their disposal: 2 dance studios, a mounting laboratory, a projection room, an equipment room, 3D modelling studios, classrooms, and relaxation areas. Students have at their disposal the most modern equipment: photo and video cameras, computers with the necessary programs for video processing, editing and creating special effects.

For children and adolescents, an excellent opportunity is provided not only to get acquainted with the world of cinema in practice and acquire knowledge, but also decide on the choice of a further profession. Materials gained during the course can be a good portfolio for the future student.

Each program lasts 1 or 2 weeks, at the choice of the student.

Filmmaking. Training in working with the camera and basic directing skills. The guys learn to be producers, write scripts, manage filming, make and edit their own films. During the training period, everyone writes a script and makes a film lasting up to 3 minutes.

Acting. We study the basic elements and techniques of acting, the ability to behave on stage and in front of the camera. The guys learn to use their own resources to reveal the character of the character. At the end of the training, everyone takes part in the filming of a film that is shown to the audience.

3D animation. We study 12 principles for creating Walt Disney cartoons and how they can be applied to modern computer animation. Tasks are done to create simple animations. During the course, the guys write a script and create their own multi-story. The program includes work with specialized computer programs and training in installation skills.

Video game designer. Over a busy week, students will learn the secrets of creating an exciting video game. The training is carried out by professionals who participated in the creation of popular games, they teach what an important role a designer plays in creating a video game.

Actor of the musical. Duration - only 2 weeks. Students will acquire professional skills for participating in musicals. Studied: dance (jazz, ballet, tap dance), voice production, acting, the ability to behave on stage. In addition to classes, students attend Broadway shows and have the opportunity to peek behind the scenes of Broadway productions.

Digital photography. Creative training course: how to take beautiful and technically perfect pictures. The guys learn to choose light, composition and angle. You can work in different genres. Computer programs for image processing are also being studied. The result will be your own photo project.

Filmmaking. Duration - 1, 3, 4, 6 weeks. At the Academy, all students write scripts themselves, shoot, act as a director and edit their own films. The training is based on the development of the basic principles of creating a film, including the ability to work with a digital and analog video camera and computer programs for video processing and editing. You can study the art of making a film on film or in digital format.

Acting. Duration - 1, 3, 4, 6 weeks. The guys learn how to behave on stage and in front of the camera. At the master classes, training is very intense, fun and productive. Studying allows you to reveal yourself in an acting game, learn to convey the character of the hero.

Actor of the musical. Duration - 3 or 4 weeks. Students will acquire professional skills for participating in musicals. Studied: dance (jazz, ballet, tap dance), voice production, acting, the ability to behave on stage. In addition to classes, students attend Broadway shows and have the opportunity to peek behind the scenes of Broadway productions.
Journalism on television and radio. Duration - 3 weeks. In theory and practice, children are trained in the skills of a journalist. You can work in different genres and try yourself both as a correspondent and as an author of articles.

3D animation. Duration - 3 or 4 weeks. Students learn how to work with specialized computer programs and master the art of editing, write a script and create their own story.

Screenwriting. Duration - 4 weeks. The children learn how to write high-quality and exciting scenarios: how to create a plot, intrigue, and reveal the character of the characters. The result will be a finished script.

Digital photography. Duration - 1, 2, 3, 4 weeks. Creative training course: how to take beautiful and technically perfect pictures. The guys learn to choose light, composition and angle. You can work in different genres. Computer programs for image processing are also being studied. The result will be your own photo project.

Director of video clips. Duration - 1 week. Learning the most important elements in creating a music video: planning, writing a script, storyboard, choosing music, costumes. The guys also learn the principles of clip editing and the use of special effects. The result will be shooting your own video clip.

Video game designer. Duration - 1 or 4 weeks. Over a busy week, students will learn the secrets of creating an exciting video game. The training is carried out by professionals who participated in the creation of popular games, they teach what an important role a designer plays in creating a video game.

Graphic Designer. Duration - 1 or 3 weeks. The program teaches the basics of design and how to use these basics to create and transmit visual messages. Children will learn to develop dynamic, effective visual works. Graphic design workshops will cover many topics: design and composition, typography, communication, image creation, branding and visual identification. Learning Adobe Creative Suite software: InDesign, Photoshop, Illustrator, and After Effects.

Documentary. Duration - 3 weeks. An intensive program in which children learn the basic tools of documentary films. They take lessons in producing and directing, camera and lighting, sound and editing. Then they apply what they learned by creating a two-minute documentary, a three-minute interview and a short group project under the guidance of teachers.

Accommodation at John Street Residence in Lower Manhattan. The building has been recently modernized. Pupils live in modern and spacious rooms, with all necessary furniture: bed, table, chairs. In each room - a large TV, DVD, refrigerator, microwave, air conditioning, private bathroom. There is internet. The residence has a gym, billiards, several lounges, computers that all students can use, laundry.

Mentor counsellors live with students and provide strict curfews. The residence is under round-the-clock surveillance. Children are not allowed to leave the residence alone. Mentors follow all the movements of students, they also accompany on the way from the residence to the school.

Nutrition. Breakfast products are provided, so the guys can cook their own breakfast: milk, cereal, waffles, bread, rolls and fruits. Students can have lunch and dinner in a cafe located near the school or in the school cafeteria.

WHAT MAKES US DIFFERENT FROM OTHER COMPANIES 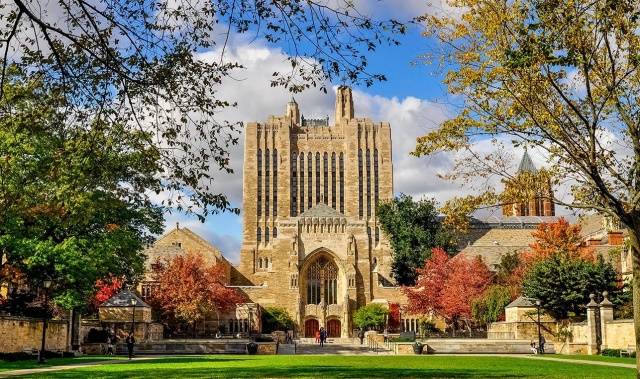 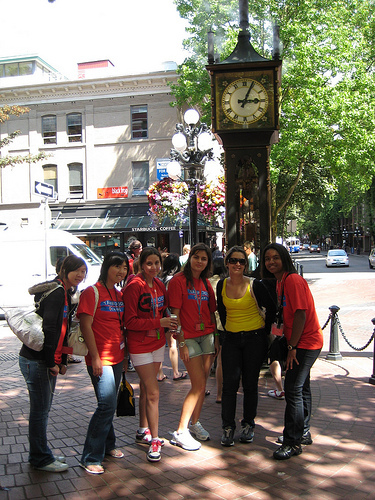