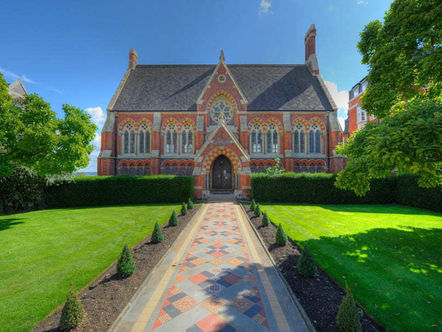 Harrow School is one of the most famous and oldest British boarding schools for boys, located in the London district of Harrow. The school was founded in 1572 during the reign of Queen Elizabeth I. Harrow School is located in northwest London, a 20-minute drive from Baker Street via the London Underground Train and a 30-minute drive from Heathrow Airport.

Among the famous graduates - 8 prime ministers of Great Britain, including Winston Churchill, dozens of politicians and members of parliament, writers, screenwriters, members of the royal families, 19 cavaliers of the highest military award Cross Victoria and many other famous people of their time.

At Harrow School, the old uniform of the students, a straw hat, a suit and a cane are still preserved. The centuries-old traditions of upbringing have also been preserved.

Harrow School provides high-quality education, educates future leaders in their profession, capable of changing the world for the better.

The school has about 830 children.

Alastair Land, Education - University of Cambridge, degree in natural sciences, postgraduate certificate with the right to carry out teaching activities. Prior to Harrow, he worked at the famous Eton and Winchester schools.

Harrow School of Music has special training and practice rooms, as well as a concert hall for chamber music. The school has two main bodies (Walker's three-handed organ in the chapel and Harrison's four-handed organ in the speaking room), several grand pianos (including Steinway D, two Steinway As and Fazioli) and a harpsichord. There are two recording studios, and for academic studies - 25 computers and keyboards for creating music.

A two-year program for obtaining a certificate of general secondary education. Required to study 6 subjects, 3 subjects are studied by choice.

Residence in a residence in one of 12 houses. During the first three to six semesters, the boys share their room with another boy of the same age, and then live in a single room.

Children have breakfast, lunch, and dinner in the Shepherd Churchill dining room. The school offers a wide selection of fresh products, including two main meat dishes, a vegetarian option, soup, a salad bar and pudding, prepared by our own team of chefs.

Harrow students are healthy and active. For growing boys, the value of staying outdoors, energy output, and participation in sports teams are well known.

The school seeks to develop the artistic interests of boys and encourages creativity. Many students choose art as one of the subjects on the GCSE and A-level programs. Children attend an art school both to prepare for exams and for fun. The school teaches 11 art teachers. The proximity of Harrow School to London allows you to organize a large number of excursions. Creative trips to New York, Paris, Florence and Rome are regularly held.

More than half of children learn to play musical instruments. The school offers training in all orchestral instruments, as well as piano, organ, guitar, and bagpipes. Most musicians are involved in school groups, ensembles, choirs and orchestras. Over 80 concerts and productions take place every year. The boys have great opportunities for solo performances.

Harrow School has a long theatrical tradition, and many talented playwrights and actors have come from here. At least 3 large theatrical productions take place throughout the year. The 300-seat Ryan School Theatre is equipped with all the standards of the theatre industry and is staffed by a team of creative and technical experts. Children who are interested in the technical elements of the theatre can, in practice and under the guidance of professionals, learn about stage design and construction, sound and light design, stage control, costume and make-up. The boys make up the film crew for all the performances.

ATTENTION! You pay the bills issued by the school directly to the school!